> All Blog News > What is the Difference Between a Diatonic and a Chromatic Harmonica?
Top sellers
All best sellers

What is the Difference Between a Diatonic and a Chromatic Harmonica? 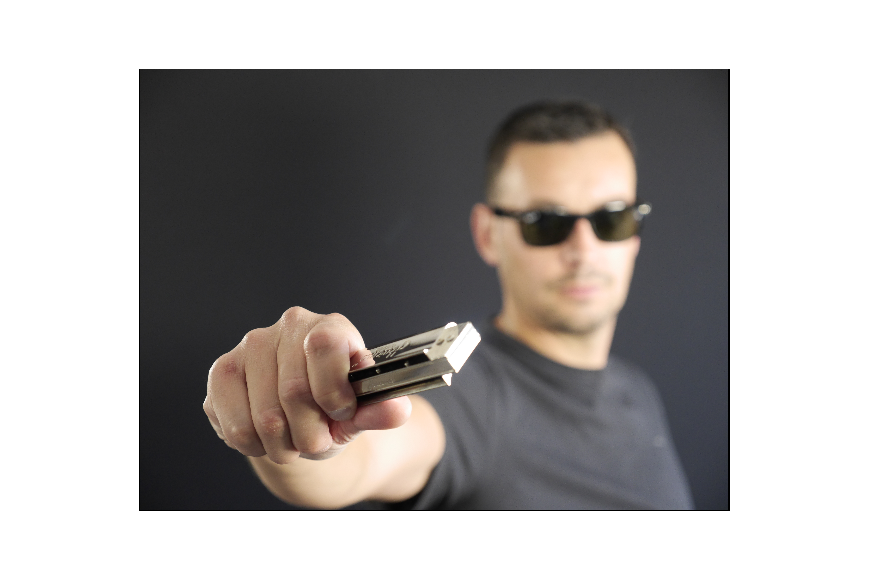 In this article we’ll discuss the main differences between diatonic and chromatic harmonicas so that you can decide for yourself which one is best suited for you and the music you want to play with your harmonica!
First let’s see how the diatonic harmonica works.

Also called the blues harp, tin sandwich, Mississippi Blues saxophone and a few more nicknames the diatonic harmonica is the most popular harmonica in the world. Its simplicity in design, tag price and ease of access are most likely the reason for that. The diatonic harmonica typically has 10 holes and each hole can produce a minimum of 2 notes when you blow or draw in it. It has a range of 3 octaves which is very wide for such a small instrument.

There are only 3 parts that make a harmonica, the comb, the reed-plates that holds the reeds that create the notes and the covers that protects the reeds and at the same time create a resonance chamber to diffuse the sound.

To understand better how to play the harmonica you need to visualize and understand the note layout.

From this harmonica note layout in the key of C we can understand how the instrument works.

Now looking at the draw notes there are two interesting features:

2- Holes 2, 3 and 4 draw form a G major chord a fifth away from the harmonica key (C).
You now have 2 major chords you can use C and G. Those 2 chords are used extensively by Blues players.

This tuning is called standard Richter tuning and is the most frequently used tuning for diatonic harmonicas. As you can see with the Harmo Polar line diatonic harmonicas they come in standard tuning for all 12 keys such as C, Db, D, Eb, E, F , F#, G, Ab, A, Bb and B but are also available in other tunings like Natural minor tuning, Harmonic minor tuning, Super Country tuning and Paddy richter.

Even though the most common model is 10 hole there are 4 hole models like the Harmo Mini-mo (keychain harmonica), 6 hole like the Seydel big six that gives you the first 6 holes of a 10 hole and a few 12 hole models such as the Hohner Marine Band 364/24 and the Seydel Solist Pro 12 Steel

Standard tuned model also sometimes comes with added valves. These valves will let you bend in places where you usually can’t at the expense of losing the option to overblow. The Polar valved is a great model that uses this feature.

The diatonic harmonica is called diatonic for a reason: You can play a full diatonic scale on it.
We can also see that a lot of notes are missing. We can only play 19 notes by blowing or drawing out of 37. We can get these by using techniques called bends and overbends (or overblows) but they require a lot of practice and work. Most Blues players only use bends. Overbends are used to play Jazz or musical genre where you actually need the full chromatic scale. Howard Levy and David Herzhaft are tow players famous for their chromatic usage of the diatonic harmonica as showcased on the album Jazzin Around.

The Chromatic harmonica was released in the 1920’s much later than the diatonic model. Hohner wanted to give musicians a “real” instrument to play with, one that has all the notes right off the bat.

In order to do so they used the solo tuning which is actually what you find in the middle of a diatonic harmonica (holes 4 to 7) and repeated it on 3 octaves and 12 holes. Then they added a new system with a slider that when pressed allows access to more reeds that would play the sharp and flat notes missing on a diatonic model.

Here is what you get when you play without the slider engaged on a 12 hole standard chromatic harmonica:

And now the same tab layout with the chromatic harmonica slider in:

Differences between the diatonic and chromatic harmonica?

Now that we have seen the features of each model let’s focus on what set them apart.
The Diatonic is a 10 hole model that is more compact and lighter than the chromatic, it has less notes available out of the box but the missing notes can be obtained by techniques called bends and overbends. The bends actually create a vibey sound that Blues fans revere. It is richter tuned based on a major scale and this blues harp has a range of 3 octaves.

The Chromatic harmonica 12 holes model with a push button / slider on the side allowing you to get all the notes by just blowing or drawing. You don’t need to learn additional techniques. It is solo tuned in a symmetrical manner and has a range of 3 octaves.

The Diatonic harmonica is mostly used to play Blues, Folk and Country music, but some players also use it to play Jazz.

The chromatic harmonica is often used in classical music and jazz and can also be heard a lot in Pop music. IT is sometimes used in Blues and country as well but less than the diatonic.

All fields are required